Why My Ball Python Won’t Eat? A Guide For Adults and Babies

Currently, reptile enthusiasts who want a ball python can easily acquire captive-bred individuals. These young snakes are often in fantastic health, they are accustomed to being handled by humans, and they eat readily.

But a few decades ago, things were different. 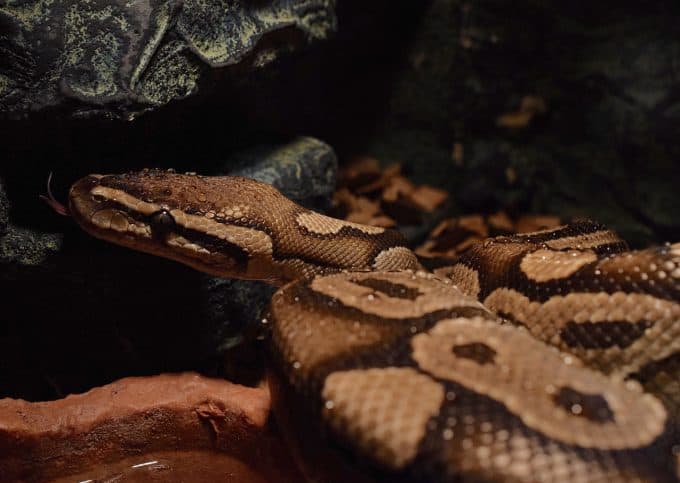 Captive-bred ball pythons were occasionally available at that time, but the vast majority of specimens on sale were of the wild-caught, imported variety. These snakes were typically in poor health, and they were often notoriously difficult to feed – no matter what the keeper would try, these frustrating snakes would steadfastly refuse any prey offered.

I experienced this maddening issue firsthand. The ball pythons I kept were challenging to feed, and many of the customers I tried to help experienced similar issues. In fact, the very first ball python I ever owned went more than 6 months without eating before I finally figured out how to get him to accept prey.

We’ll talk about the reasons ball pythons often refuse food below and outline a few strategies for tempting your finicky friend into eating regularly.

Reasons Why Your Ball Python Is Not Eating

In most cases, it will be helpful to begin addressing your snake’s feeding issue by understanding the reasons that ball pythons often refuse food. A few of the most common reasons ball pythons fail to eat include:

Many illnesses will cause a snake to refuse food. Respiratory infections or parasite infestations are two of the most common problems that’ll suppress your snake’s appetite, but anything from dehydration to viral infections can lead to anorexia.

Once you’ve verified that your pet is in good health, you’ll want to turn your attention to his habitat. If you fail to provide your snake with a comfortable environment, you’re almost guaranteed to experience feeding problems.

If your snake is healthy and his habitat is well-designed, he may simply be fasting. As explained earlier, ball pythons often fast during the dry season, and some individuals also stop eating during the breeding season. Fasting is probably most common among males and wild-caught individuals.

Some ball pythons – particularly wild-caught individuals – exhibit a preference for a given type of prey. Unfortunately, this can cause some specimens will refuse both domestic mice and domestic rats. 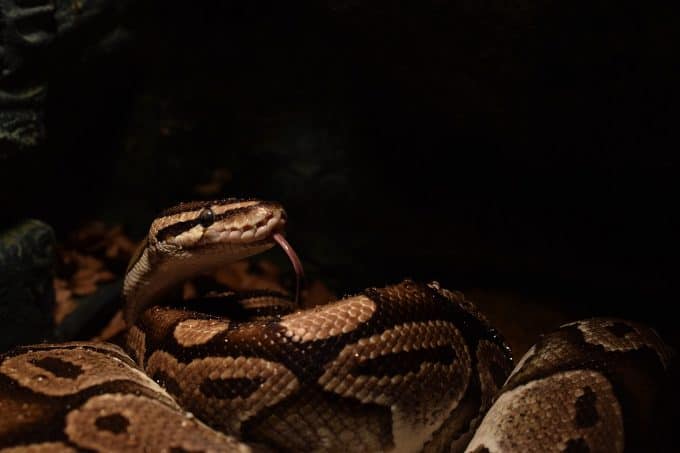 How Long Can Ball Pythons Go Without Food?

Many keepers become alarmed when their pet ball python refuses food. In some cases, this can even lead them to do drastic (and potentially dangerous) things like force-feeding their snake. However, these types of extreme measures are rarely necessary, as most ball pythons can survive for quite some time without food.

The exact length of time a ball python can go between meals without dying will vary based on a variety of factors. Nevertheless, it is important to understand that few snakes will actually starve themselves to death, if provided with proper care and offered appropriate food.

Generally speaking, healthy ball pythons can go weeks without eating. And if your snake is an adult who already had a healthy body weight, it would likely take months before he’d start to suffer health problems. A handful of ball pythons have been documented to refuse food for longer than a year without starving.

So, don’t panic if your ball python refuses a meal. Don’t worry at all if your snake refuses a meal or two – many snakes fast occasionally for reasons that only they understand. A two- or three-week fast will rarely be any type of problem.

I generally recommend that keepers begin to implement the strategies below only after their snake has refused food for at least one month. However, there’s nothing wrong with starting earlier – especially in the case of young snakes.

How to Get a Ball Python to Eat?

Now that you understand the primary reasons your snake may refuse food, it is time to put that information to good use by devising methods for tempting him to eat. A few of the most helpful things to do include:

Snakes in poor health will often refuse food. Accordingly, it is wise to make an appointment with your vet anytime your snake refuses food for longer than a few weeks.

Your vet will be able to determine if your snake is suffering from parasites, respiratory infections, or any other health problems that may limit his appetite. Additionally, your vet can tube-feed your vet if necessary, to prevent him from becoming malnourished while you try to address any illnesses affecting him.

Husbandry problems are one of the most common reasons that ball pythons will refuse to feed. Among other things, you’ll want to verify that you’ve established a good thermal gradient, which provides him with access to a range of temperatures. You’ll also want to ensure that his basking spot is warm enough to keep his metabolism operating properly.

It is also important to provide your ball python with at least one (and preferably several) hiding spaces. Deprived of such, your snake may feel anxious, which will often cause them to refuse food.

Offer Your Ball Python a Different Type of Prey

As mentioned earlier, some ball pythons are very picky about the type of prey they want. Fortunately, you can often convince them to feed by switching up the prey you offer.

For example, you can begin by offering your snake a domestic mouse or domestic rat of a different color. White rodents are very rare in the wild, so try to find dark or multi-colored rodents. Some commercial rodent breeders specifically offer rodents of different colors. If this doesn’t work, you can offer your snake another type of rodents, such as a gerbil, hamster or multimammate mouse.

If neither of these strategies works, you can try to offer your snake a frozen-thawed bird, such as a chick or duckling. Some keepers have also had success using pet species, such as finches.

Snakes experience the world largely through their sense of smell, which means that it is often possible to entice them into eating a non-typical prey species, by making it smell like something more appealing. You can often do so by simply rinsing off a domestic mouse or rat, and then rubbing it on the animal you’d like it to smell like.

Experiment with the smells of other rodents, birds, and even lizards, until you find one that works. Gerbils are one of the most promising species to try, but hamsters and finches may also yield positive results. 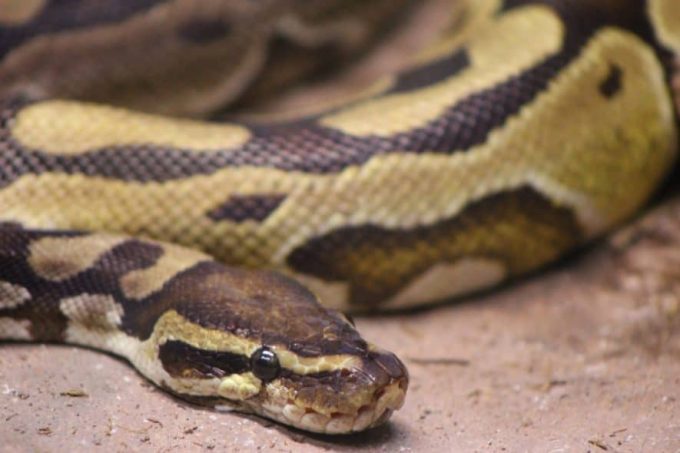 In other cases, you may need to animate the rodent in a very realistic fashion. Make it wiggle around a bit, dart from one place in the enclosure to the next, and generally act like a live rodent (just do so with long tongs or tweezers – you don’t want your snake to mistake your hand for prey).

Young ball pythons often fail to feed for the same reasons adult ball pythons do (although they rarely fast due to seasonal changes, as adults often do). Accordingly, many of the same techniques that help entice reluctant adults to feed will also work on neonate ball pythons.

However, there is also one trick that is often helpful for enticing young ball pythons to feed. It is called the plastic cup trick.

Simply put, you’re going to force your snake to remain in close proximity to the intended prey item for several hours (such as overnight). You’re also going to eliminate any sources of stress or distraction, which may make him reluctant to feed.

All you need to do is place your snake in a small, opaque plastic cup (with a few air holes for ventilation), and then add a small, pre-killed prey item to the cup (never leave your snake unattended with a live rodent). This trick doesn’t always work, but you’d be surprised at how often it does convince a young ball python to begin eating.

If this strategy works, you can feed your snake a few more times this way, before trying to feed him normally (while in his habitat). If it doesn’t work, try again a few more times before moving on to the other strategies explained earlier.

Food-refusing ball pythons are certainly frustrating to work with. In fact, this is part of the reason it is so important to begin with captive-bred individuals – wild-caught individuals are almost always more difficult to feed than their captive-bred counterparts.

But, regardless of your snake’s origin, it is usually possible to convince him to feed by working through the strategies discussed above.

We hope you’ve found this helpful, and that you are able to get your ball python to eat soon. Please share this article with your friends if you’ve enjoyed it and let us know any questions or comments you have below!

1 thought on “Why My Ball Python Won’t Eat? A Guide For Adults and Babies”