Ball Python Hissing: Reasons & What to Do About It 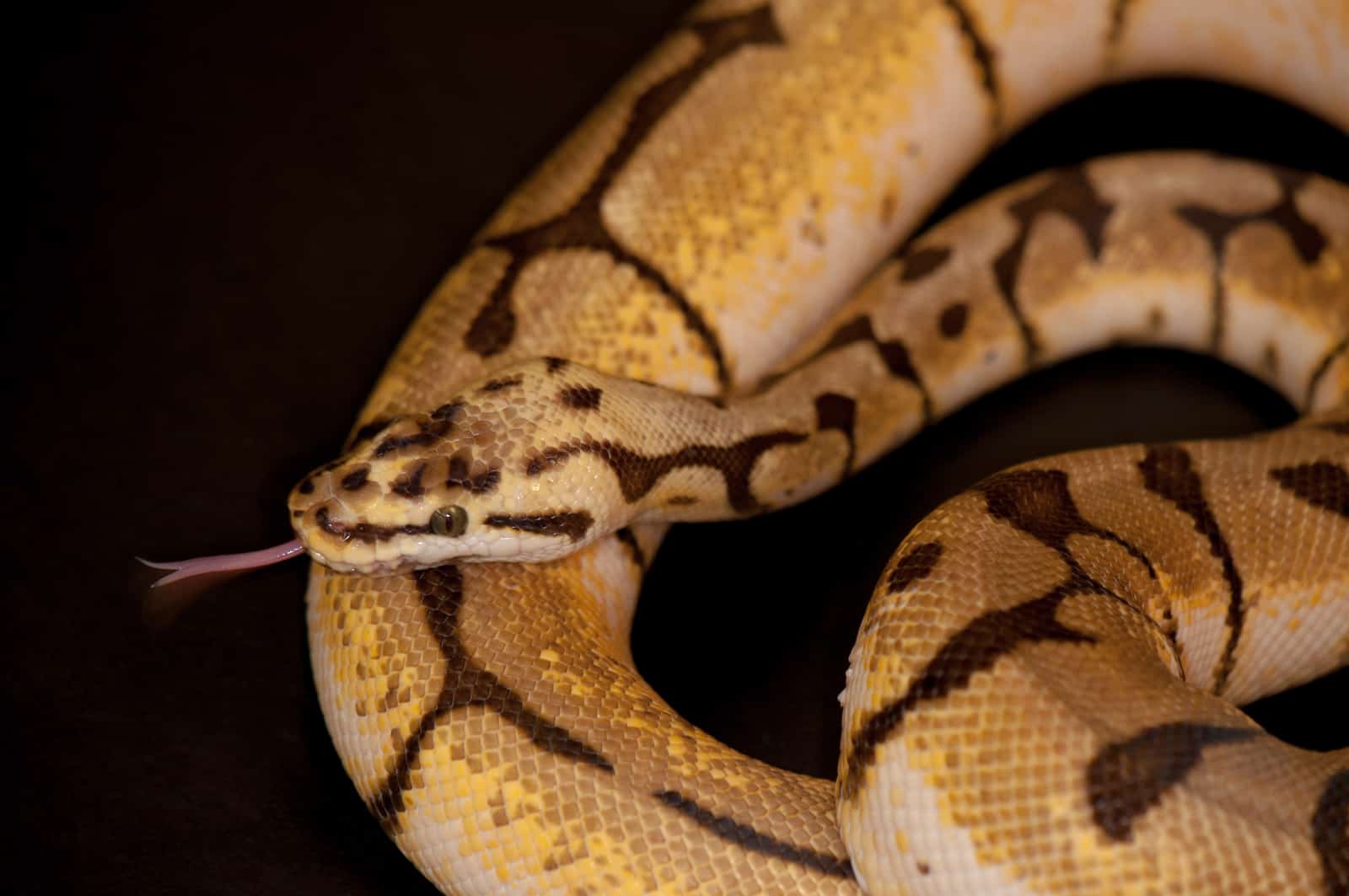 Did you know that snakes hiss as a form of communication? It’s one way they can express their feelings and intentions. Read on to learn more about snake hissing!

Ball pythons do make the well-known “sss” sound, which is a trait shared by all snake species. The general meaning of a snake’s hiss is “back off,” much like a dog’s snarl and its completely natural behavior for ball pythons. You should anticipate this behavior, which several people find odd and frightful, as a new snake keeper.

Snakes typically hiss in response to threats, anger, or irritation. It can also be a way to define their territory. Other potential reasons for hissing could include being handled too roughly, being disturbed while resting, or being near a predator. If your ball python is randomly hissing, it may be a sign that they are suffering from a respiratory infection.

In this article, I’ll discuss the reasons behind a ball python’s hissing, as well as what you can do to stop it. So, without further ado, let’s dive in!

Why Does Your Ball Python Usually Hiss, Is It Normal?

There are several reasons why your ball python may hiss, and in most cases, it’s nothing to be concerned about. I’m going to go over some of the most common reasons below.

To Scare the Predators

All snakes have the ability to hiss in order to scare off potential predators. For ball pythons, this is an especially important behavior, as they are not as fast or agile as some of the other snake species. In the wild, a hissing ball python can often deter a predator from attacking.

In addition, when a ball python is kept as a pet in someone’s home, it may also hiss to scare away potential threats. This could be another animal in the house or even a person who is unfamiliar with snakes. By hissing, the ball python is trying to assert its dominance and make it clear that it is not afraid.

To Define Their Territory

Ball pythons may hiss to define their territory. If they feel that someone or something is encroaching on their space, they may hiss in an attempt to ward them off. Hissing is their way of saying “this is my space, stay away!”

This is especially common between two ball pythons that are kept in the same enclosure. If one snake feels that the other is getting too close to its hiding spot or feeding bowl, it may hiss in an attempt to get them to back off.

If you have multiple snakes in the same enclosure, you may notice them hissing at each other from time to time. This is perfectly normal snake behavior and is simply their way of establishing dominance over their territory.

Note: I don’t recommend keeping two ball pythons together in the same tank. There is a high risk for diseases, feeding issues, cannibalism, and stress 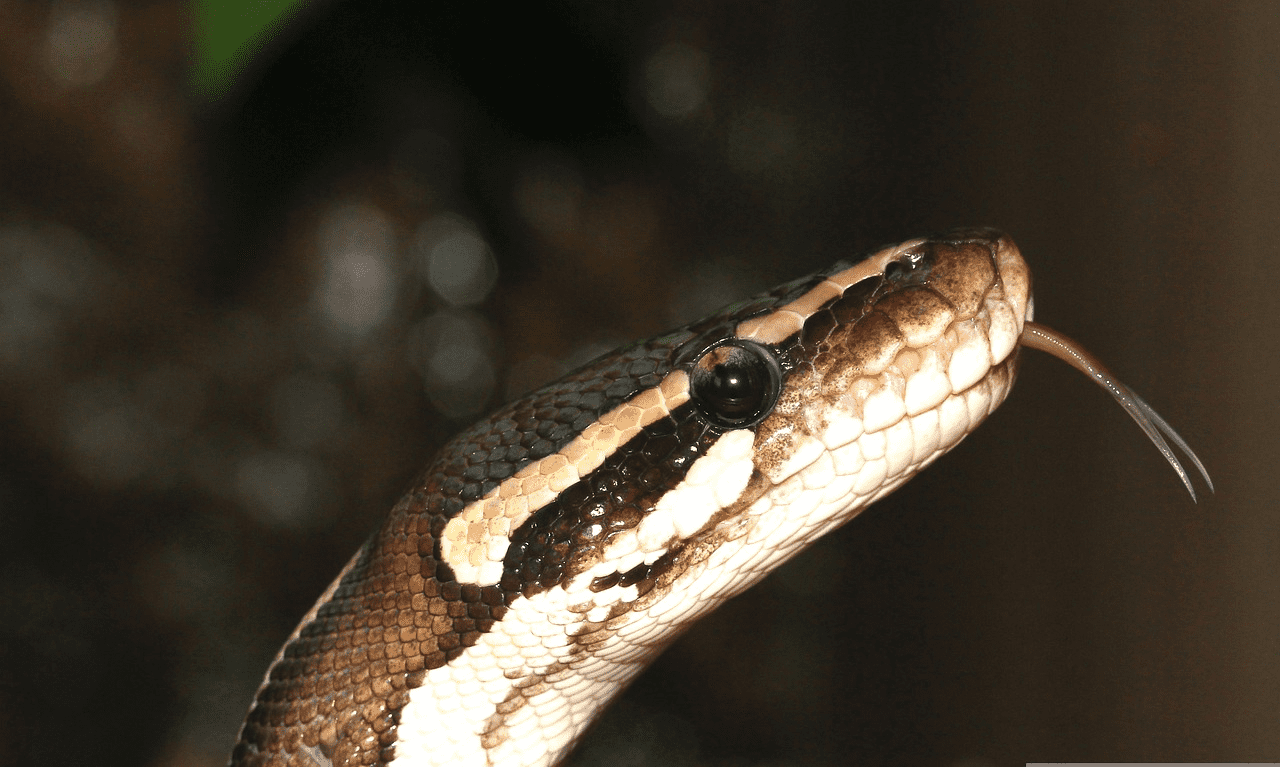 While hissing is usually just a form of communication, it can also be a sign of aggression. If a ball python feels threatened or is provoked, it may hiss and strike in an attempt to defend itself. This is most common when snakes are kept in enclosures that are too small for them.

Aggressive hissing is often accompanied by other aggressive behaviors, such as coiling up into a tight ball, striking with their head or body, and flicking their tongue rapidly. If your ball python is displaying any of these behaviors, it’s best to leave them alone and give them some space.

Ball pythons will often hiss when they are in the process of shedding their skin. This is because their vision is impaired during this time and they feel more vulnerable. As a result, they may hiss at anything that approaches them, even if it’s not a threat.

If your ball python is hissing more than usual, it’s a good indication that they are about to shed. You can help them through this process by providing them with a hiding spot and making sure that the humidity levels in their enclosure are high.

When They’re Sick or Injured

If your ball python is sick or injured, it may hiss more than usual. This is because they are in pain and are trying to protect themselves. If your snake is hissing and does not want to be handled, it’s best to take them to the vet for a check-up.

In some cases, sick or injured snakes will also stop eating and become lethargic. If your ball python is displaying any of these symptoms, it’s important to seek medical attention as soon as possible.

Do All Ball Pythons Hiss a Lot?

All ball pythons hiss when they feel threatened, but some hiss more than others. It generally depends on the individual snake’s personality.

Some snakes are naturally more shy or skittish than others, and they may hiss more frequently as a result.

Other factors, such as the snake’s age, health, and level of hunger, can also affect how often it hisses. 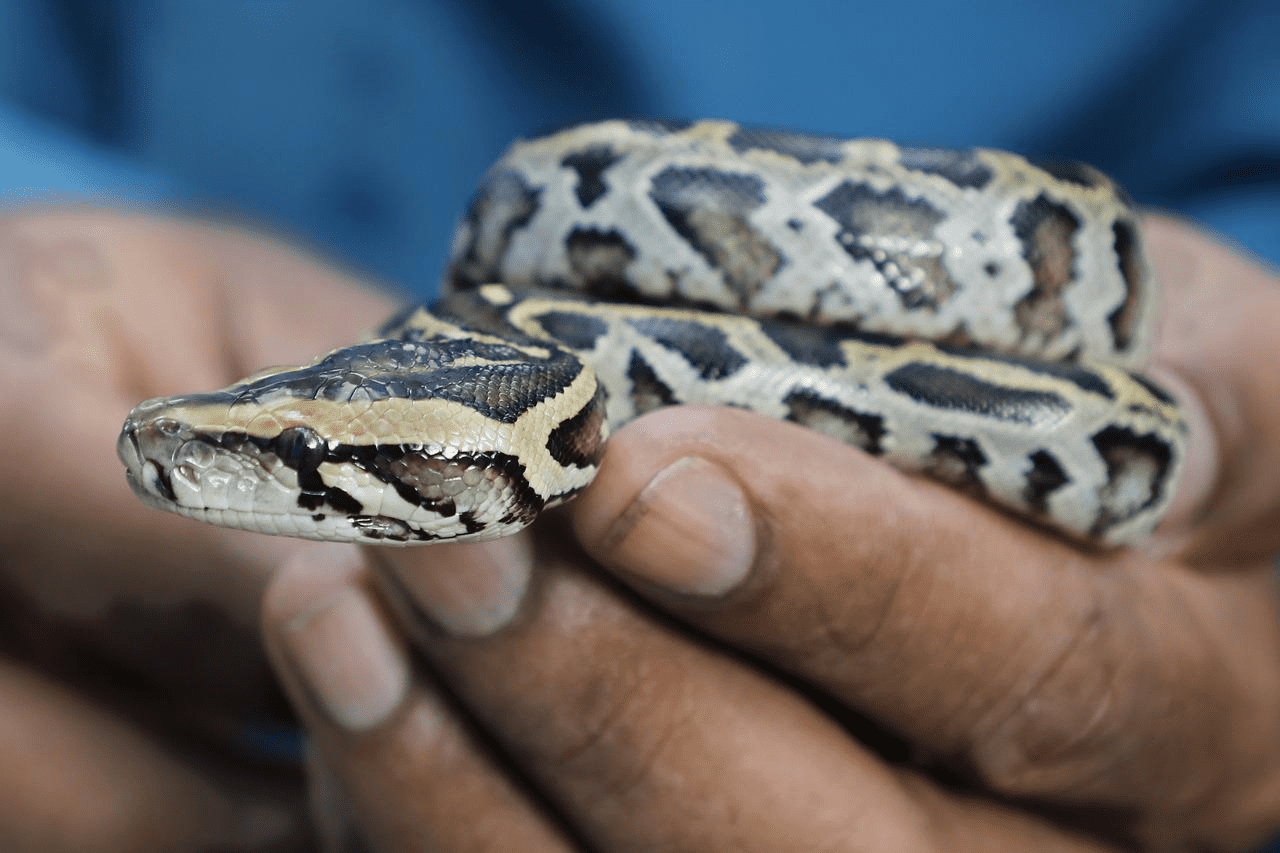 All snakes hiss when they feel threatened, including baby ball pythons. However, baby snakes are more likely to hiss than adult snakes because they are still learning to trust people and are more easily scared.

As your snake gets more used to you and its environment, it will start to feel more comfortable and will hiss less often. If your baby snake is hissing a lot, it’s best to give it some time and space to calm down and make sure that its enclosure is set up in a way that makes it feel safe and secure.

Why Would My Ball Python Hiss at Me?

As a pet your reptilian buddy may not hiss at you by chance there must be a reason behind this. It may hiss to signify that they are feeling stressed, unsafe, and uncomfortable. While some of the major causes of your python hissing at you include:

If your ball python is hissing at you, try to figure out what might be causing the issue and take steps to fix it. If the problem persists, consult a reptile veterinarian for help.

How To Get Your Ball Python To Stop Hissing at You

When you first notice your pet python hissing at you, it is essential to take a step back and analyze the situation. Try to understand what might be causing your beloved pet to act out in such a way. Once you have determined the cause, you can take the necessary steps to fix the problem.

There are several things you can do to get your ball python to stop hissing at you:

Ball pythons are relatively docile snakes, but they may lash out with a warning strike or sharp hiss if they feel threatened or uncomfortable. While it’s perfectly normal for ball pythons to make noise from time to time, excessive noise could be a sign of stress or an underlying health issue. If you’re concerned about your snake’s behavior, consider talking to a veterinarian who can help identify any potential problems.

Hope you have found this article helpful and entertaining. Please let us know your views regarding all this information, down in the comments. And share this with your friends and other pet owners, so they can also get to know about their pets better. Stay tuned for more such content. Till then, take care! 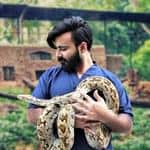 Dr. Mohsin is a licensed Veterinarian who is passionate about pets. He has been practicing in Veterinary Medicine for about five years. He hopes to help reptile owners improve their husbandry (environment, nutrition, and overall pet care). He has also been an active member of the Animal Rescue Organization, rescuing animals in need and providing them free medical treatment. In his free time, He enjoys spending time with his own pets, exploring hiking trails, and researching new and interesting reptile species.

Dr. Mohsin Iqbal
Dr. Mohsin is a licensed Veterinarian who is passionate about pets. He has been practicing in Veterinary Medicine for about five years. He hopes to help reptile owners improve their husbandry (environment, nutrition, and overall pet care). He has also been an active member of the Animal Rescue Organization, rescuing animals in need and providing them free medical treatment. In his free time, He enjoys spending time with his own pets, exploring hiking trails, and researching new and interesting reptile species.