Before bringing home a ball python, learn all you can about them. This will give you the best chance of keeping your new pet healthy and happy. Learn all you need in our ball python care sheet! 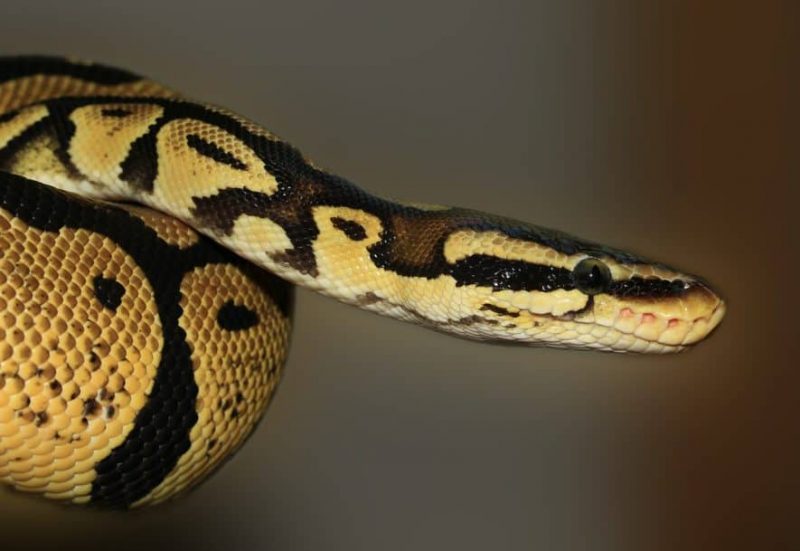 I had already kept a few snakes, but they were all quite nippy. So, I was quite happy to pick up a ball python, as the species is famous for being gentle.

On the way home from the pet store, I stopped to pick up my little sister from school. I was so excited about my new ball python that I took the snake out and started telling her all about it.

“Unlike many other snakes,” I bragged, “this one is very tame. In fact, ball pythons are probably one of the tamest species in the worl…”

But before I could finish the sentence, the snake struck out and bit me directly on the nose.

It was a very minor bite, but it taught me a very important lesson about snakes:

Species often exhibit broad tendencies, but each animal is an individual, with its own motivations, predilections, and needs. Keep this in mind as we discuss ball pythons in the following paragraphs. The care regimen discussed will certainly work for the majority of ball pythons. But you’ll occasionally have to make adjustments to ensure an individual snake thrives.

So, it is important to learn all you can about ball pythons before you purchase one. This will give you the best chance of keeping your new pet healthy and happy.

My initial sentiment was correct – ball pythons are typically very docile snakes. However, that particular ball python would go on to bite me for years, proving that you have to be ready for anything when keeping these awesome animals.

Before we dig deep into the biology, behavior and care of ball pythons, let’s review a few of the most important facts about the species: 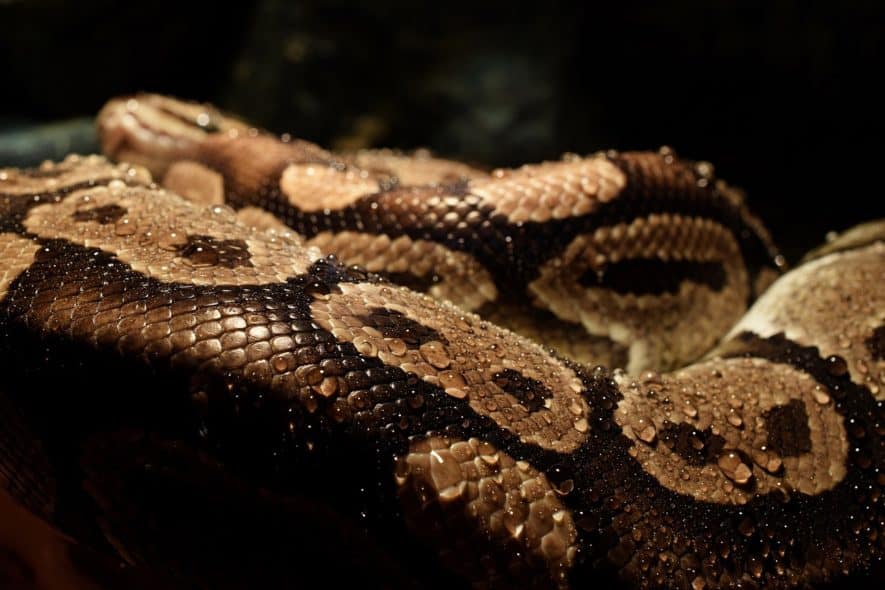 Ball pythons have the same basic body plan as most other pythons, but they also exhibit a few features that are unique to the species.

For example, ball pythons have relatively thick bodies relative to their length. However, they aren’t as plump as blood (Python brongersmai) or short-tailed pythons (Python curtus), nor are they round in cross-section – ball pythons have roughly triangular bodies.

On the other hand, ball pythons – like blood and short-tailed pythons – have very short tails. Unlike carpet and tree pythons, who have long prehensile tails that aid in climbing, ball pythons have stout tails, which aren’t particularly prehensile.

Ball pythons also have relatively narrow necks. And although the purpose of this anatomical adaptation isn’t conclusively understood, some hypothesize that thin necks help ball pythons constrict prey in the tight burrows and termite mounds in which they often hunt.

Finally, like most other pythons, ball pythons possess “spurs” on both sides of their vents.

Spurs are the vestigial remnants of rear legs. They are not used for locomotion, but they are sometimes used during breeding – the males will claw at the sides of a female to help move her into the proper position. Males typically have slightly larger spurs than females, but there are exceptions.

Gender: How to Sex a Ball Python?

If you want to accurately determine the sex of a ball python, you’ll typically need to use a stainless-steel probe to examine the inside of its cloaca. This requires a bit of skill and knowledge about ball python anatomy, so this is a task best left to experienced keepers and vets.

Male ball pythons, like all other male snakes, have paired reproductive organs, called hemipenes. These hemipenes normally reside inside the tail base of a male, in an inverted orientation. When it is time to breed, the snake will evert one of the hemipenes, and insert it into the cloaca of a female.

Accordingly, when a steel probe is inserted into the tail base of a male in the proper manner, it will travel down the inside (technically the outside surface, as the hemipenis is inverted) of the hemipenis. This will allow the probe to penetrate relatively deeply.

Alternatively, you can determine the sex of young ball pythons through a method known as “popping.” This involves applying gentle pressure on the base of the tail. When this happens, the hemipenes of males will typically evert (or “pop out”), allowing you to identify the animal as a male. No hemipenes will be visible when a female’s tail is popped.

Size & Weight: How Big Do Ball Pythons Get?

Ball pythons are typically regarded as small to medium-sized snakes. Most ball pythons reach total lengths of between 3 and 5 feet, although the occasional specimen may approach 6 feet in length. Ball pythons are sexually dimorphic, as females usually reach much larger sizes than males.

Male ball pythons become sexually mature when they reach about 500 to 700 grams in weight. Females become mature at slightly larger sizes, and they usually weigh 900 to 1,500 grams before they are capable of breeding successfully.

However, ball pythons usually continue to grow throughout their lives (although their growth rate slows considerably). And, if provided with enough food, the occasional female will reach 5,000 grams in weight or more.

Most pythons have relatively long lifespans, and ball pythons are no exception. Little is known of their typical lifespan in the wild, but captive individuals undoubtedly reach older ages than their wild counterparts on average.

A number of factors will influence the lifespan of a given individual, but most ball pythons will live for at least 10 years if provided with a suitable habitat, healthy diet and any necessary veterinary care. Many will live for twice this long, and a handful of individuals have been documented reaching 30 years of age or more.

The oldest documented ball python died at 47 years of age.

Health & Behavior: What Is Common and What Is Unusual?

Ball pythons exhibit a variety of common behaviors, with which keepers must become familiar. This will help you identify potential problems early, while they are still easy to treat.

A few of the most important behaviors and husbandry approaches you should note include:

Ball pythons are generally healthy animals (particularly captive-bred individuals). But they can occasionally succumb to illness. Ball pythons rarely exhibit symptoms until their illness is already at an advanced state, so it is important to seek veterinary assistance any time your snake exhibits any of the following symptoms:

Additionally, it is always wise to seek veterinary assistance anytime your snake behaves in unusual ways. Such advice is admittedly vague, but it is an important facet of snake care. 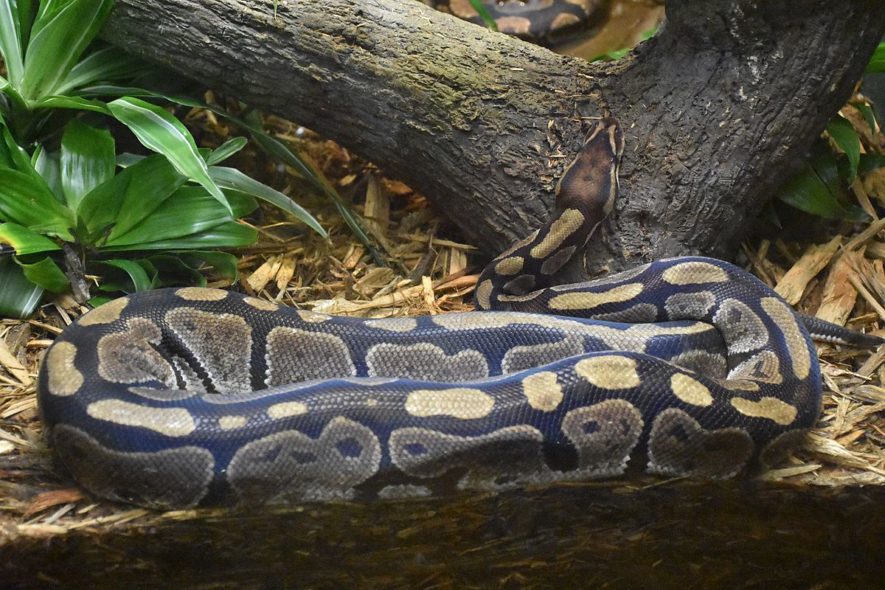 If you want your ball python to thrive, you must provide him with a suitable habitat. In fact, the vast majority of illnesses and injuries that befall captive ball pythons arise from problems relating to the enclosure provided.

You can read our in-depth guide to providing your ball python with a proper enclosure here. But we’ll explain the basics below:

Aside from preparing your ball python’s habitat, you’ll also need to keep the habitat clean. This means performing a daily spot-cleaning to remove any urates, feces or shed pieces of skin. You’ll also need to monitor the temperature, humidity and enclosure security on a daily basis. 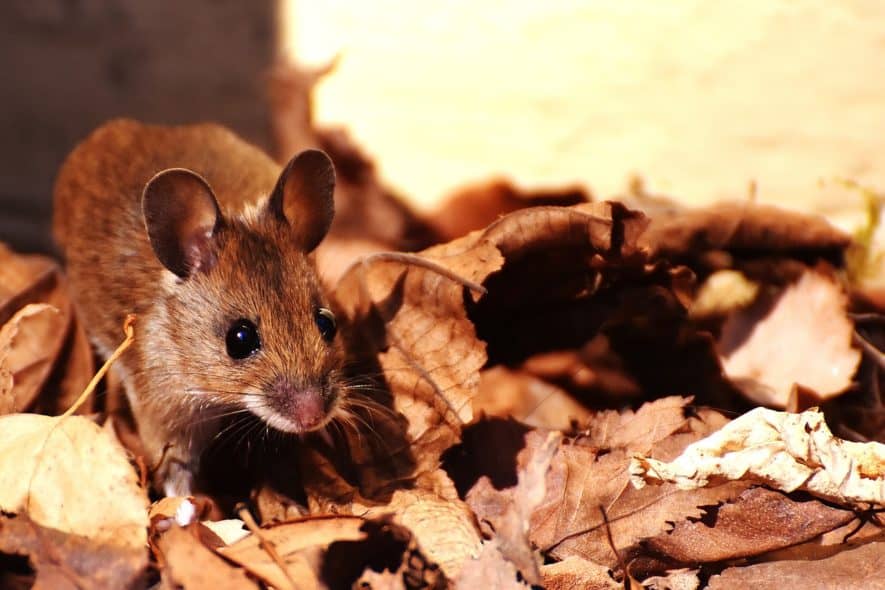 What Is the Ball Python Diet?

Like all snakes, ball pythons are carnivores who require whole prey to survive. In the wild, ball pythons typically consume rodents or birds, although small individuals may occasionally consume lizards. Commercially produced rats and mice are the best options for captive ball pythons.

And although most ball pythons are capable of killing and consuming live mice or rats, most hobbyists find that it is preferable to feed their snake pre-killed, frozen-thawed rodents. This will allows you to avoid stressing the mouse or rat. Also, feeding pre-killed rodents will prevent your snake from becoming injured as the rodent struggles.

Most snakes will thrive on a once-per-week feeding schedule, although it is always wise to tailor your snake’s feeding schedule to its age, reproductive condition and health.

We talk about this in greater detail here, but generally speaking, younger snakes can be fed more frequently, while older snakes may gain too much weight if fed once per week. Accordingly, it is often better to feed mature adults once every 10 days or so. Snakes being used in breeding attempts – particularly females – may, however, require more frequent meals.

Ball pythons may occasionally refuse food for a variety of reasons. For example, males often cease feeding for several months during the breeding season, and most ball pythons will refuse food while undergoing a shed cycle. However, ball pythons can also refuse food due to illness or injury.

So, while you needn’t panic every time your snake decides not to eat, it is important to keep good records and contact your vet if the fast lasts for a month or longer.

Price: How Much Does a Ball Python Cost?

If you have access to the wholesale market, you may be able to purchase a hatchling ball python for as little as $10. However, most hobbyists will be limited to retail markets, in which ball pythons will usually bear price tags ranging from $20 to $75. Older ball pythons usually fetch prices between $50 and $300, depending on the animal’s sex, size, age, and appearance.

These prices are quite reasonable – particularly when you consider that your new ball python may live for 20 years or more. However, these prices are characteristic of “wild-type,” or “normal looking,” ball pythons, clad in typical brown, black and grey markings. This does not apply to any of the ball pythons that exhibit color or pattern mutations.

Often colloquially called “morphs,” ball pythons who display unusual colors or patterns are often in great demand. And once you gaze at a beautiful albino, caramel or piebald ball python, you’ll understand why.

For example, you can probably find a pastel ball python for almost the same price that you can find a nice-looking, yet “normal,” ball python. On the other hand, many of the rarest mutations command extraordinary prices, climbing into the five-digit range. 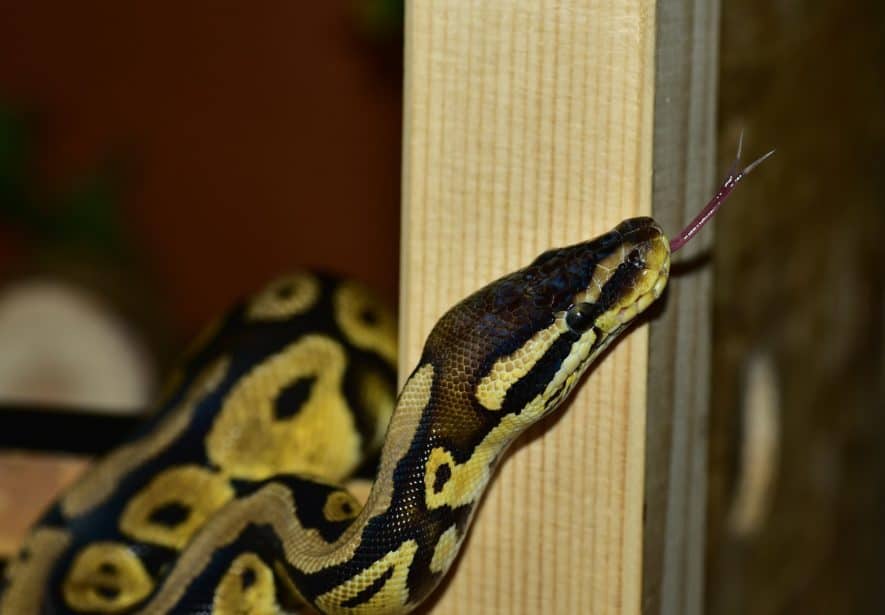 As you can surely see by now, there is a lot to like about ball pythons.

They’re very hardy animals, who usually have good temperaments and make undemanding captives. They grow large enough to be impressive, yet not so large that they present housing or feeding challenges. They’re also very attractive animals, who come in a variety of different forms to suit every taste.

But as with any other snake, you must learn as much as you can about your new pet to have a good chance of success. This will not only help you to care for a typical ball python, but it will better help you care for those who exhibit tendencies that are outside of the norm.

Just be sure to keep your nose out of striking range.