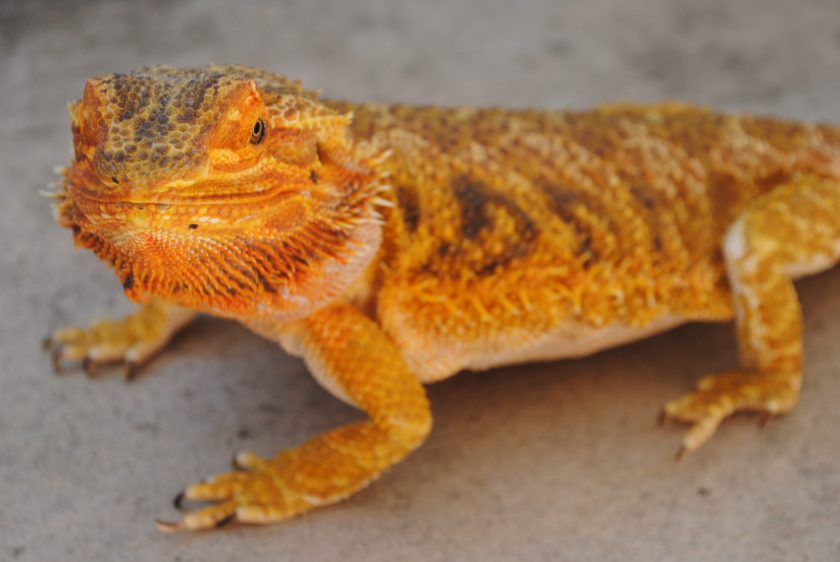 When it comes to choosing a name for your bearded dragon, their popularity comes as both a blessing and a curse.

As these sweet horned fellows are one of the most popular pet reptiles in the world and there are so many pet bearded dragons already out there, it may seem hard to come up with a truly original name for your beardie.

However, their popularity also promises a lot of themes and resources to get your ideas from.

In a while, I will introduce you to my very own list of awesome bearded dragon names.

But before we dive into that, let’s explore some beardie naming basics.

Naming Your Beardie – the Basics

Naming a pet reptile is quite unlike naming e a cat or a hamster. The common mammalian pet names, even if they have been passed down between numerous generations of pets in your family, likely won’t suit a rough-skinned, fatty cold-blooded lizard.

Bearded dragon pet names usually are – and should be –  different.

Luckily, beardies are very lively and inspirational creatures, and the inspiration can go in completely different directions.

With their broad faces and bulky bodies, bearded dragons almost beg for names that are tough. After all, their common name doesn’t include the word “dragon

On the other hand, beardies have a sweet side

Finally, the “dragon” in “bearded dragon” makes one a perfect candidate for a name that has its roots in history or mythology.

So, what are some good bearded dragon names that you don’t come across every day?

Check out our list of suggestions for some unique bearded dragon names.

Since bearded dragons originate from the deserts of Australia, you can pay tribute to your beardie’s original habitat with a typical Aussie pet name

Speaking of Australia, if you are a reptile lover, you probably know Steve Irwin, the famous Australian “Crocodile Hunter” who sadly passed away in 2006. If you are a fan, you can consider names ‘Steve’ and ‘Irwin’ to honor him along with your beardie’s homeland.

You can also use one of Steve’s favorite exclamations: ‘Crikey’, which is an authentic Aussie expression of excitement or bewilderment. It makes a funny name for a bearded dragon.

If you think you are that this is all too silly or looks like a mockery, you should know that some serious biologists have given a scientific name Crikey steveirwini to a newfound Australian snail species. So it’s all right! 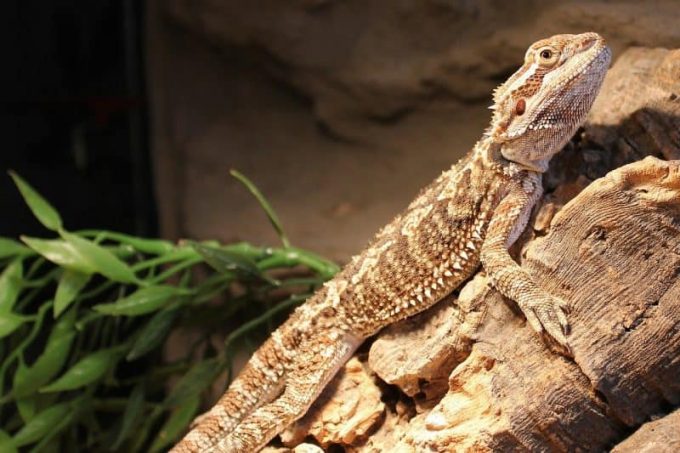 Human imagination has created plenty of well-known and simply awesome dragon figures, both in mythology and in popular culture.

Consider these dragon names for your male beardie:

Unfortunately, there are not many female bearded dragon names in the dragon category. For a girl beardie, you could use Greek mythology as a source and go with ‘Hydra’ or ‘Medusa’ (Medusa is not quite a dragon, but still quite a dragon/serpent-like character).

Besides other qualities, bearded dragons make funny pets. That is why you should check out some amusing names for your pet dragon to suit his bearded charm.

Although I generally advise against giving common human names to pets, there is one exception. Some people get the kicks out of giving their beardies names typical for royal families.

That somewhat strange decision can come from various reasons – from referring to the conspiracy theories about ‘Reptilians’ to mocking monarchies, but for most people, it is about the sheer fun of it.

It is so amusing because beardies often display a confident, calm, almost-royal attitude (although their manners fail dramatically from time to time). It is no wonder that some owners consider nothing less than royal treatment for their pets, and that includes a royal name as well.

Here is a list of names that are common within the most famous royal family in the world – the English Royal Family:

And last but not the least, there is the legendary King Arthur. Besides his first name, the legend says that King Arthur had quite an interesting family name: ‘Pendragon’.

However, a name doesn’t have to be factually royal to sound royal.

For example, giving your male beardie a famous European writer or poet name might give him the noble, snobbish streak you’ve been looking for:

Beardies have a rough skin and tiny horns on their frog-shaped heads. They also stick out their tongues when eating and they can be quite messy.

How better to contrast those looks than with names such as: 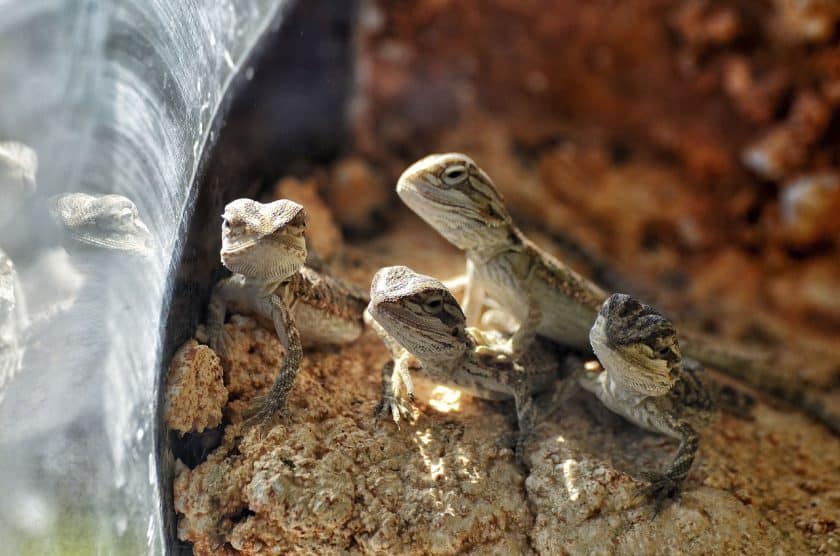 However, it is not all about opposites. Remember that the beardie’s sweet temperaments are what made them one of the most popular pet reptiles. There is a Fluffy or Marshmallow hiding in every well-tamed beardie, behind all their spikes.

Another cool feature of the cute bearded dragon names is that they can all be considered unisex.

If you got yourself a young baby beardie, it is unlikely that you will be able to determine its sex for at least a couple of more months. Some owners are not ready to wait that long to give their pet its definite name.

In these cases, unisex names – those that will do for both sexes – come as a rescue. And the cute unisex names are ideal baby bearded dragon names. If you can’t figure out why – just look at baby beardie pictures for a while.

Some other unisex names have been pointed out through the article.

Now, something completely different. If you are not into cute stuff and you want to give your beardie a badass name, you are in luck – there is a huge number of themes and concepts to feed your imagination.

However, many common badass names such as Butch, Godzilla or Rocky got quite shabby. Let’s find something original.

For example, for a boy bearded dragon name, take a look at these pirate-inspired names:

If you have a male-female couple of bearded dragons, it would be funny to name them ‘Jolly’ & ‘Roger’ – inspired by the pirate flag, Jolly Roger.

Another badass option is to give your dragon a name of a famous (or infamous) historical ruler or emperor.

And if you want to make your friends twist and tie their tongues, go with the name of the most long-standing female ruler of ancient Egypt – ‘Hatshepsut’. 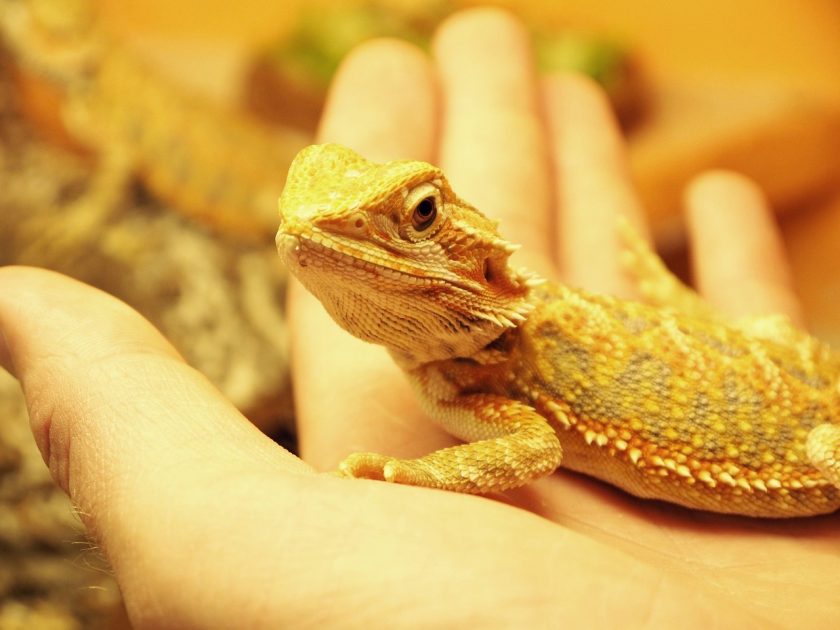 There are more popular versions of badass bearded dragon names – for example, dinosaur names or villain names. Some dragon names I listed above are pretty badass as well.

I hope you enjoyed our list of bearded dragon names and that it has helped you to find a perfect name for your pet – or at least derive some inspiration.

I can’t promise that these are the best bearded dragon names out there, but they are surely original.

How did you name your beardie? Was the name hard to choose? And when picking a name, did you consider the beardie’s tough side or soft side? Let us know in the comments – we would love to hear from you!