How to Make a Bioactive Vivarium (For Pet Lizards and Snakes)?

As the art of vivaria design and maintenance has matured, keepers have devised a number of interesting and exciting ways to create increasingly realistic habitats for their pets.

This includes things like maintaining multiple species in a single enclosure and setting up misting units to simulate rainy weather. But some keepers have taken things even further with bioactive vivarium. 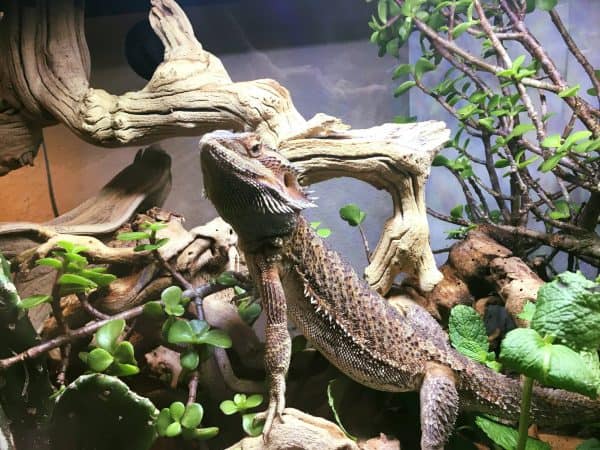 Nobody cleans up natural habitats. Animals poop, shed their skins, and eventually die, leaving their lifeless corpses behind.

But these biological materials don’t stick around forever. Eventually, these materials are used by other organisms, forming an endless cycle. This is what happens when things decompose or biodegrade.

Some keepers have begun trying to recreate these cycles in the habitats they maintain. This isn’t always easy to do, and it isn’t appropriate for all species and situations. But, if you are willing to do a bit of homework and be endure some trial and error, you should be able to create a bioactive vivarium.

Personally, I’ve maintained habitats that were at both ends of the spectrum. I’ve typically used “sterile” substrates for my breeding programs, but I’ve also maintained a number of bioactive vivaria for educational displays. I’ll try to share some of the lessons I’ve learned along the way.

What Is a Bioactive Vivarium?

Bioactive vivaria are typically (but not always) natural-looking habitats, with plenty of plants and habitat-appropriate substrates. But the “bioactive” moniker refers specifically to the substrate – bioactive substrates are “alive.” They foster an entire ecosystem of fungi, bacteria, and small animals.

These organisms breakdown wastes and dead organic matter in the vivarium. This prevents the buildup of biological materials and helps to free the nutrients they contain. The vivarium’s plants will then harvest and use these nutrients, helping them to remain vigorous and healthy.

If designed and executed well, bioactive substrates can eliminate the need for keepers to remove feces and other materials – they’ll simply biodegrade. 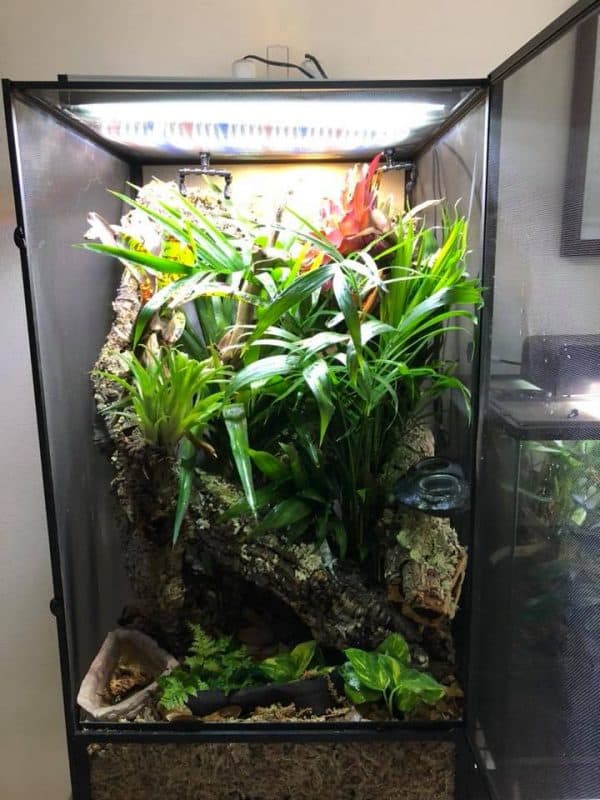 How Do You Make a Bioactive Substrate?

In a nutshell, keepers make bioactive substrates by combining a good selection of materials and then providing the right environmental conditions to allow the organisms present to survive. It is also important to maintain the substrate properly, so that it will continue to thrive, once established.

We’ll explain some of these principles below so that you can make your own bioactive substrate. Just note that most keepers will find that continued experimentation is necessary for success.

You can try to establish a bioactive substrate for just about any species, but it is best suited for small herps that live in forested habitats. Small animals produce smaller quantities of feces, and they can also thrive in smaller enclosures. Both of these characteristics are helpful for keepers trying to set up a bioactive substrate.

Nevertheless, we’re going to explain the best way to establish a bioactive substrate for several popular pet species (who may or may not meet the previously mentioned criteria) below.

Every bioactive vivarium is different, so “recipes” are difficult to develop. That said, the vast majority of bioactive vivaria will utilize the same three basic materials:

You may also want to harvest a small amount of forest soil and add it to the substrate you make. 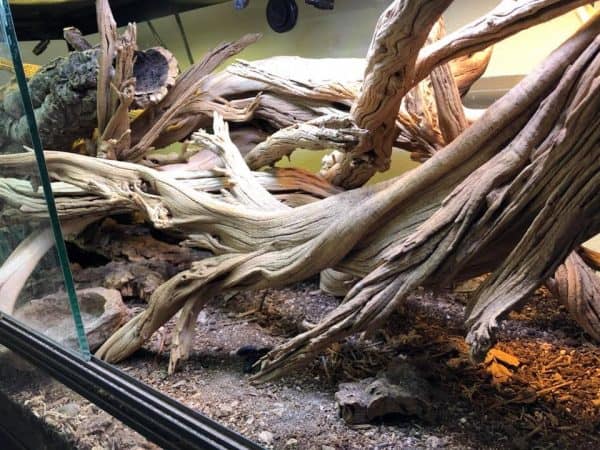 After adding the three basic layers of substrate to your vivarium, you’ll need to add some of the insects and other invertebrates necessary to create a functioning ecosystem.

With luck, you’ll end up inadvertently adding some of these critters to your vivarium when you collect decaying logs and soil from a healthy forest. However, it is typically necessary to deliberately collect some of the most important organisms and introduce them to the habitat.

Some of the most important bugs you’ll want to collect and add to the vivarium include:

You can purchase some of these critters online, but it usually isn’t difficult to find them in natural habitats near you. Note that crickets can also be helpful in bioactive vivaria, but you’ll want to be sure they have plenty to eat, as hungry crickets may attack small lizards, snakes, or frogs.

If your pet is likely to eat some of these creatures, you’ll want to be sure to provide plenty of hiding spaces. You may also have to add replacement bugs over time to maintain a viable population. 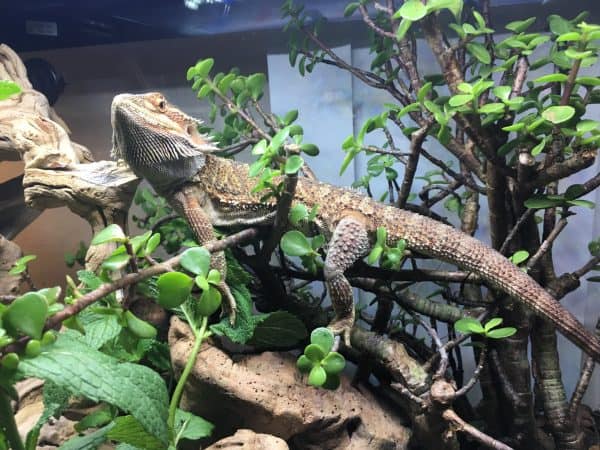 Now that we’ve established the basic components for a bioactive vivarium, it is time to look at specific examples. We’ll talk about some of the most important things to do when making bioactive substrates for various reptile species below.

It is also important to remember that bearded dragons consume a lot of food and produce a lot of waste. Accordingly, it’ll often be necessary to remove some of your pet’s waste until you develop a fully functioning ecosystem.

> Further Reading: How to Make a Desert Terrarium » A Step-By-Step Guide 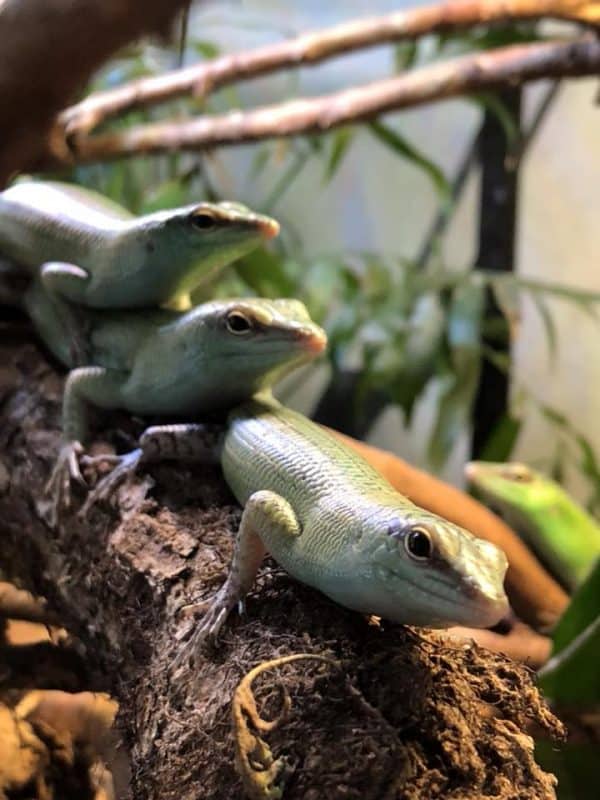 Leopard geckos are relatively small lizards, which makes them well-suited for bioactive vivaria. Additionally, they require much less food and produce much less waste than bearded dragons do. They usually eat their shed skins too, which means the vivaria’s insects won’t have to do as much heavy lifting.

Another interesting thing about leopard geckos that makes them well-suited for bioactive substrates is their tendency to defecate in one place. This will help provide the invertebrates in the terrarium with a reliable food source, and it’ll help keep the rest of the habitat clean. 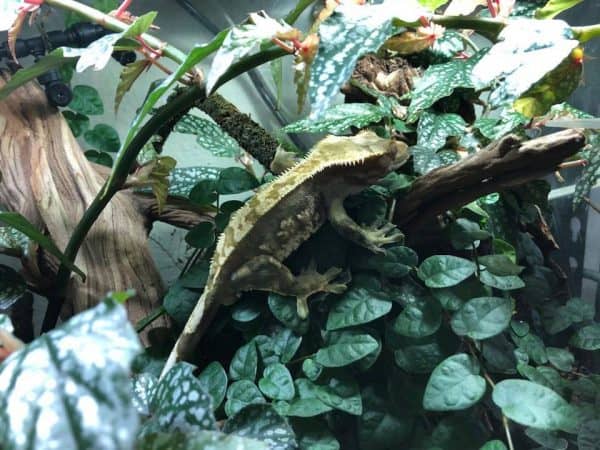 Of all the commonly kept lizards, crested geckos are certainly one of the ones that are best suited for bioactive vivaria. They’re not only small lizards who need relatively little food, but they also thrive in humid habitats (it is often easier to establish a bioactive substrate in slightly damp substrates).

Additionally, crested geckos are largely arboreal. This means that they aren’t as sensitive to substrate changes as some other lizards are. This, in turn, means that you can focus on keeping the substrate ideal for the decomposing
invertebrates in the enclosure.

However, their arboreal nature also creates a challenge: Crested geckos often defecate on the elevated perches and the terrarium glass, rather than the substrate. But, a well-aimed blast from a spray bottle will often do the trick and help keep the enclosure glass cleaner.

> Further Reading: How to Build a Rainforest Terrarium » A Step by Step Guide 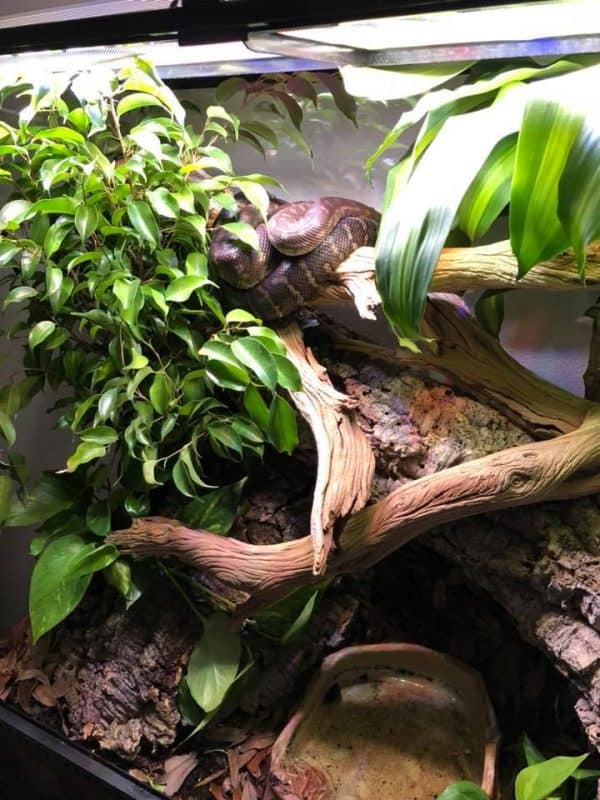 It is often challenging to establish bioactive substrates for snakes. The primary reason it is difficult to do so is that snakes produce large quantities of waste at infrequent intervals.

This means that it is often necessary to break up your snake’s waste and mix it in with the substrate (not too deep – you still want air to get to it). Given enough time and a fully functioning ecosystem of decomposers, you’ll notice that the waste does get broken down. But the point remains: Bioactive substrates can be challenging to establish for snakes.

Another challenge – this one specific to ball pythons – is that this species cannot be maintained in overly humid enclosures. Ball pythons tolerate moderate humidity levels perfectly well, but if you add too much water to the enclosure, they can develop skin and respiratory infections.

Like most snakes, corn snakes also present challenges for those who want to create a bioactive substrate. However, with a sufficiently large enclosure and a willingness to experiment, you can achieve success.

Corn snakes inhabit a variety of different habitats in the wild, but many prefer to live in forests. This means that they’ll often adapt to moderately high humidity levels, although they can suffer skin and respiratory infections if kept in perpetually damp conditions. So, use care when adding water to the habitat. 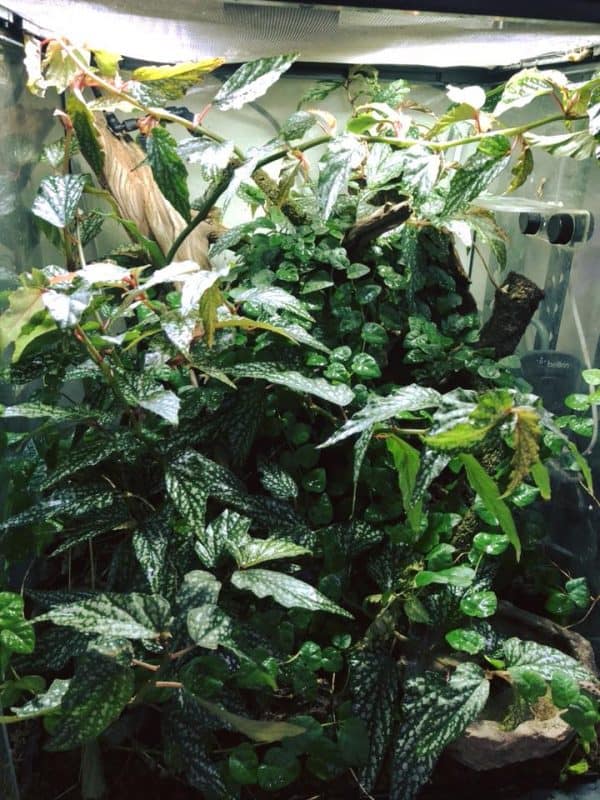 Bioactive Vivariums: Give Them a Try!

We hope that you’ve found this article about bioactive vivaria interesting and that it has encouraged you to think about creating your own bioactive vivaria. Just remember to keep your pet’s best interest in mind as you embark on the journey. It is also wise to discuss your plans with more experienced keepers. This may help you avoid mistakes you’d otherwise make.

I’ve always found bioactive vivaria fun to construct. But they are also challenging, so you’ll need to be willing to adapt and adjust your approach as you go. If you do this and continue to experiment when necessary, you’ll usually have some degree of success.

If you’ve enjoyed this article, please share it with your friends. Also, be sure to share any questions or comments you have below!

Photo by courtesy of The Bio Dude

6 thoughts on “How to Make a Bioactive Vivarium (For Pet Lizards and Snakes)?”