Bearded Dragon Brumation: What are the Signs?

Brumation is a reptile version of hibernation. It occurs in fall and winter. Discover what to do during your bearded dragon brumation in our guide: 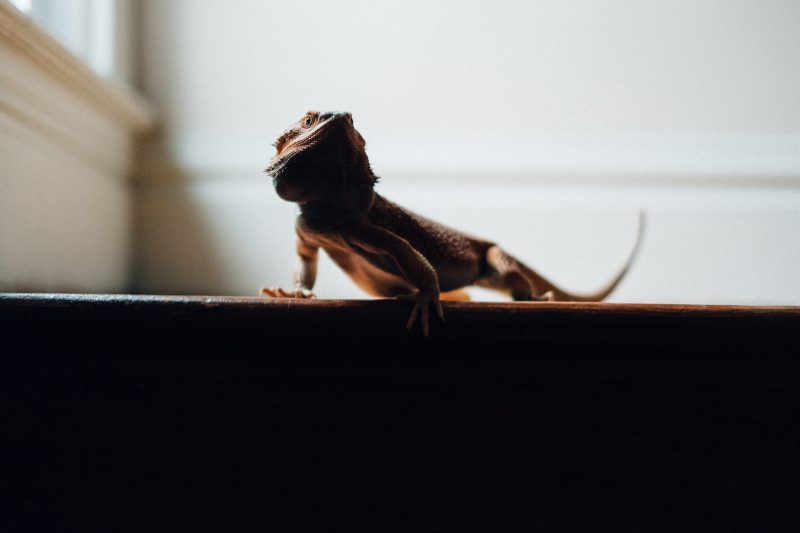 Brumation is a reptile version of hibernation, or “winter sleep”. It occurs within the same time period – fall and winter, but it is different from hibernation in the sense that reptiles do not shut down their metabolism completely – they just slow it down.

Bearded dragons experience brumation too, and not just in the wild. Beardies entering autumn slumber is something that is commonly seen in a terrarium setting. However, each bearded dragon will brumate differently and maintain different levels of activity.

While brumating, your beardie will fall into a sleep-like state that will last for months. During that time, he might not eat or drink a lot – or not at all.

Naturally, that gets many owners worried. Still, always remember that brumation is a natural process which should not be stopped, but helped.

The first sign of brumation is a radical change in behavior. That includes:

Otherwise, bearded dragon ready to brumate should seem healthy – with clean and elastic skin, clear eyes, no gaping mouth or other signs of infection.

If your beardie is trying to brumate out of season (in the summer), or he is under a year old – it is highly likely that his health is compromised and that his behavior only mimics brumation.

Poor UVB lighting, improper temperature, vitamin and mineral insufficiency, vitamin overdose (especially with D3) or infections can be a cause of the brumation-like behavior. It is not something that you should tolerate – the underlying causes should be addressed as soon as possible. 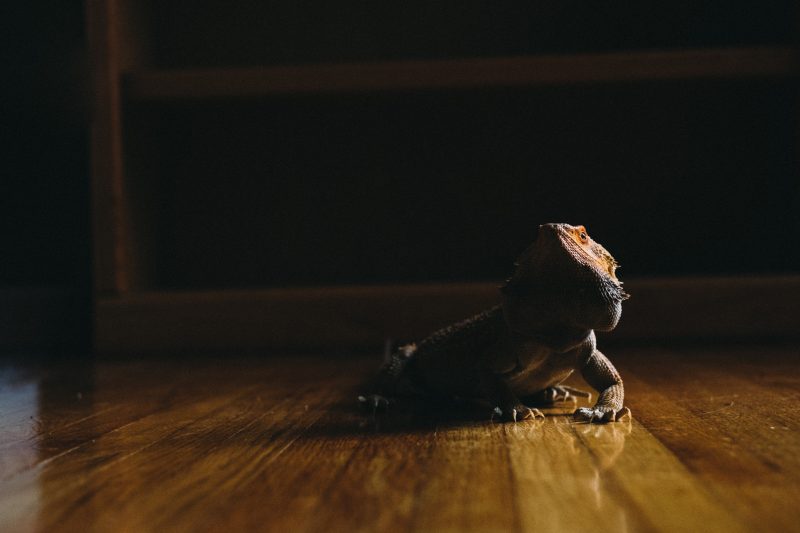 What if a Few Months Old Beardie is Still Trying to Brumate?

According to some opinions, beardies that are under a year old can still enter brumation. In nature, beardies certainly cannot avoid brumation just because they are “too young” for it by our standards.

The main concern about beardies that are younger than a year old is that still don’t have the full adult body mass. Therefore, if something happens to be wrong (e.g. parasites) and they enter brumation, they will waste away much quicker than an adult.

To be on the safe side, take your beardie for a vet checkup prior to late Autumn, just to check if he is parasite-free and in good general condition.

What to Do Before the Bearded Dragon Brumation?

There are several steps you can take before and during brumation to ensure the process will go safely.

Do not take the question of parasites during brumation lightly, since it can mean the difference between life and death for some beardies.

Most vets should be able to perform standard tests for common beardie endoparasites – pinworms and coccidia. Depending on the number of parasites, a good reptile vet will suggest therapy if needed.

Do not get disturbed if your beardie gets some low parasite counts and your vet doesn’t suggest any therapy – many bearded dragons have a certain amount of coccidia which does not harm them as long as the counts are low. 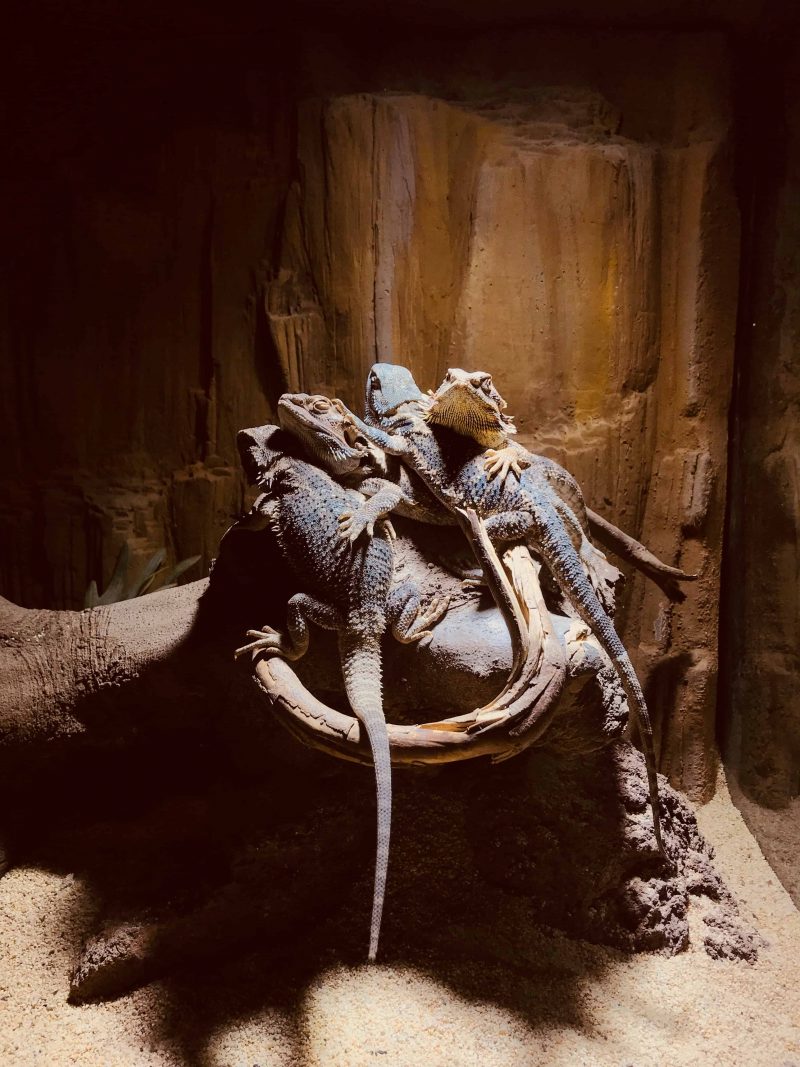 What to Do During the Brumation?

The most important thing to do for your beardie during brumation is – let him be. Apart from the basic care, beardie should be left alone as much as possible.

Should I Try to Wake my Beardie and End Brumation?

Besides the “basic maintenance” that I described above, brumating bearded dragons should not be disturbed until they wake up on their own. Studies suggest that trying to snap a bearded dragon out of brumation will only result in prolonged overall brumation time. 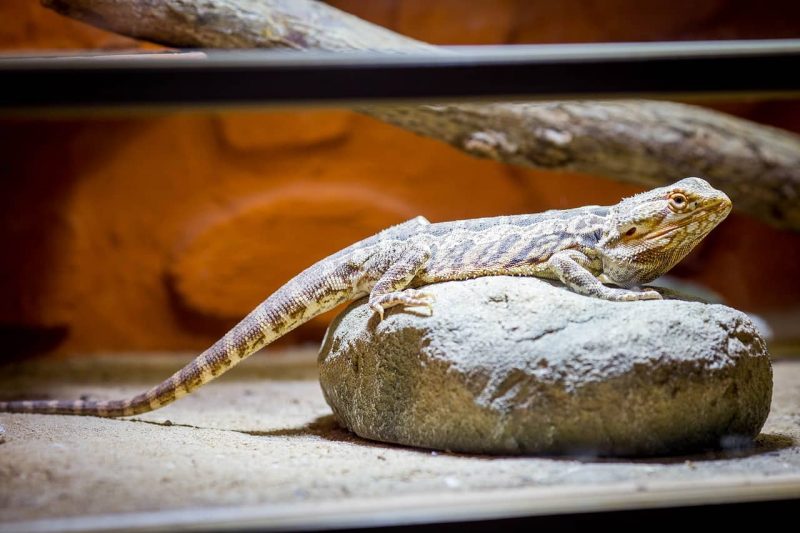 How Does the Bearded Dragon Brumation End?

Brumation will end the same as it has begun – naturally. Beardies will “feel” the spring coming and start waking up around the beginning of March. They will start basking more often, gradually increase their interest in food.

After they are fully awake, male beardies will slip into breeding mode, with darkened beards and bobbing heads. They may be unable to focus on food at this point, but that is perfectly normal – especially if there is a female around. By mid to late spring, beardie’s behavior will stabilize and they will continue being their old selves.

By taking good care of your beardie and keeping track of his health – you will ensure that your pet dragon will reach the brumation season ready. If you’ve done your best, there is no need to panic. Just take good basic care of your beardie, as described, and let nature take its course.

2 thoughts on “Bearded Dragon Brumation: What are the Signs?”